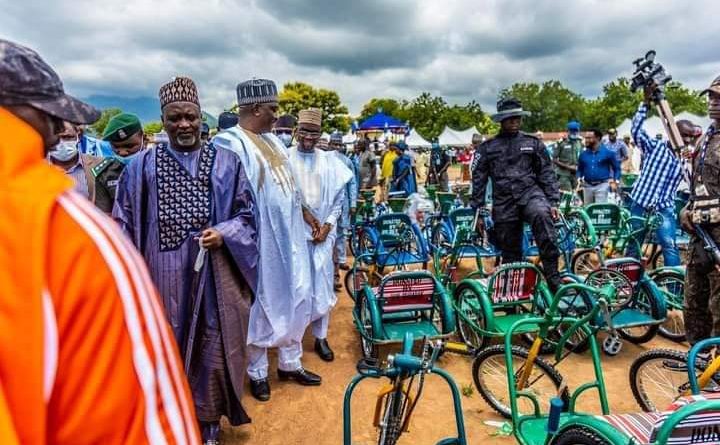 A Federal lawmaker from Taraba state, Hon. Abdulsalam Mubarak, recently gave back to his people, two years after electing him to represent them at the lower chamber. Chuwang Dungs writes

Honourable Abdulsalam Mubarak, representing Bali/Gassol federal constituency of Taraba State recently empowered 3862 people of his constituency in a grand style. Hundreds of people trooped out to witness the occasion, which brought both the old and the new foxes to the gathering.

Mubarak, who is a former member of House of Assembly in the last dispensation, believed that he needed to give back to his people that voted him as a federal lawmaker. His past record as a member of the state assembly gingered him to do more for his people now that he is in the national assembly.

Little wonder, the leadership of the All Progressive Congress (APC) in the state showered him with commendation for making the party proud, despite being a first timer in the national assembly.

Stakeholders of APC from the state, including who is who in Nigerian politics graced the occasion. Prominent among those in attendance were the deputy speaker of the house of representatives, Hon. Idris Maje, the minister of power Saleh Maman, commissioner revenue and fiscal commission Ahmed Yusuf, APC State Chairman, Tukur El-Sudi National and State Assembly Members,  Elder statesmen, among other dignitaries.

Some of the constituents, who spoke with Eyewitness on the initiative, commended the federal lawmaker, for quality representation. Some are of the view that the rep member, who is a grassroots politician, understands the feelings of his people and as such was ready to assist the people.

According to them, both the party executive and members across the state are impressed with Mubarak going by the series of achievements recorded since assuming political office.

“We are proud to associate with the laudable achievement of Mubarak in his quest to bring succour and dividend of democracy closer to the people of his constituency and the state in general.” Said Tijjani Aliyu.

“Mubarak had not only upheld the party’s principles and ideals of teaching people how to fish, but has shown greater commitment toward fulfilling his promises to the electorate during the last general elections.

“We are very hopeful and optimistic that these gesture will continue to attract more recognition, accolades and entrance of more members into the party’s fold, ahead of the next elections.

“With series of achievements recorded so far, we express our support and confidence in the ability and capability of the representative to continue his people-oriented programmes and policies.” He concluded.

Other items includes, generators, block moulding machines for bricklayers and variety of fertilizers for farmers.

Cash and wrappers were also distributed to youth and women during the grand ceremony which took place at GSS Bali.

Speaking at the occasion Maje said Mubarak was out to bring smiles to the faces of his people.

According to him, Mubarak appreciates the people for voting for him, stressing that more of these will still come from the House member.

He commended the federal lawmaker for representing them well, adding that the leadership of the National Assembly will continue to support him so that at the end of his first tenure, he would have recorded great achievements.

Also speaking, the Chairman of APC in the State,  El-Sudi thanked the rep member for empowering the people. He said what Mubarak did by empowering his people was an indication that he appreciates the support given to him by the people of Bali and Gassol during the last general election in the state.

He urged him to continue to do more for his people, stressing that the party is proud of his track record in the last two years.

El-Sudi described‎ Mubarak as a wonderful young man, who has no limit in his area of jurisdiction. He said even though he is serving Bali/Gassol federal constituency, he stretches out beyond his constituency, adding that Mubarak has been very active in the service of the party and was optimistic he would go places.

Reps Mubarak enjoined the beneficiaries to judiciously make use of the items given to them to create more jobs and means of livelihood for the other constituents. 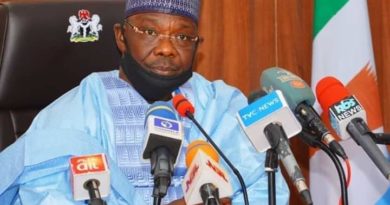 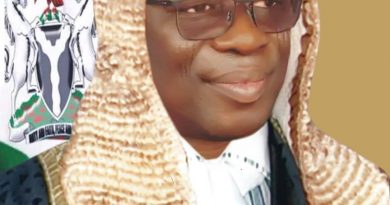 Gov. Sule appoints Overseers of 18 Development Areas in the State… 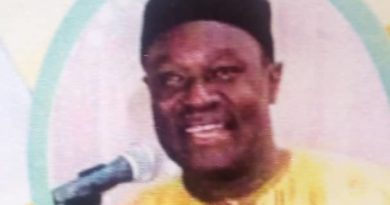