The interim caretaker chairman of APC in Nasarawa State Dr. John Waje Mamman has been endorsed and blessed by senator Abdullahi Adamu ahead of the forthcoming APC state congress, describing him as a trustworthy and hardworking person that can change the fortune of the party in the state.

Sen. Adamu who was the first civilian governor of the state and was recently appointed to chair the reconciliation committee of APC at the national level endorsed the aspiration of Mamman when Kokona LGA APC stakeholders paid him a courtesy visit at his house in keffi, yesterday.

He urged the stakeholders headed by the state’s Attorney General and Commissioner of Justice Barr. Abdulkarim Kana to remain focus and steadfast as regards actualizing the gesture.

“Infact, John Mamman is somebody that I know for decades. When I was the governor of the state he was a civil servant in the state and rose to became one of the serious permanent secretary. So,I am optimistic that he has the wisdoms and wherewithal to contribute meaningfully as regards handling the affairs of the party in the state if given the mandate”Sen. Adamu stated.

In an exclusive interview with Dr John Waje Mamman immediately after the said endorsement he said” I want to use this medium to first thank Almighty God for granting us life to see this day and also to thank our indefatigable governor Engineer A A Sule for granting me the opportunity to served him for about two years as his Special Adviser on Local Government and Chieftaincy Affairs and also accepted my nomination and subsequently becomes the party’s interim caretaker chairman.

” His Excellency Senator Abdullahi Adamu the Turakin Keffi is one personality that I am short of words to describe or thank him. Infact,he played and he’s still playing significant role in my life, all I have to say in this regard is that may Almighty God reward him abundantly owing to the fact that I am just one amongst the many of us that are still benefiting from his benevolent gesture.

“It would interest you to know that when senator Adamu was the governor he made me a director and subsequently made me a permanent secretary and now again he masterminded me to become the interim caretaker chairman of APC in the state” Dr. Mamman stated.

Answering a question about how he feels concerning the tremendous decamping of opposition political parties members to APC during his reign as the interim caretaker chairman he said” There’s no any magic about the subject matter rather it has to do with the kind of leadership of the party that is been provided by our dynamic Governor His Excellency Engineer A A Sule. He is a personality that operate an open door policy, transparent in all that he do and above all he is somebody that has the fear of God at heart. He made me the interim caretaker chairman of the party in the state and am trying my best to be transparent as much as I can as well as to also allow our members to do the needful as they want in their respectively localities which can be attested to during our party’s membership registration and party’s congresses”.

Also reacting to speculations on how some APC members in his local government area (Kokona) are working negatively to see the downfall of the party ahead of the forthcoming LGCs election he said” I decamped from PDP to APC in 2018 and before then I used to be the one giving APC sleepless nights, but when I joined them I assured the then governor of the state Senator Umaru Tanko Al Makura that we will deliver during the previous polls and we did. For now I don’t think that some APC members would frustrate our efforts. Even Hon. Danladi Jatau who won his election to represent Kokona West constituency at NSHA under the umbrella of PDP has been brought on board to APC and it is a plus to us. 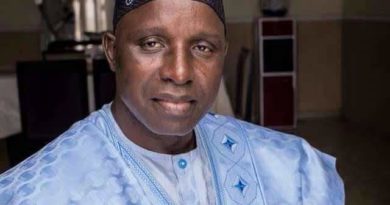 I Will Prioritize Peace, Security In The Next Legislative Assembly- I.D.Gyang 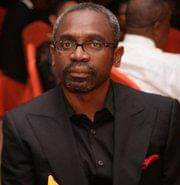 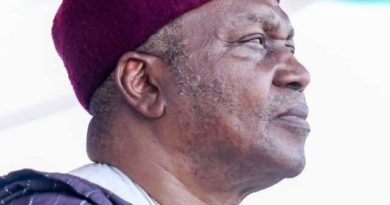