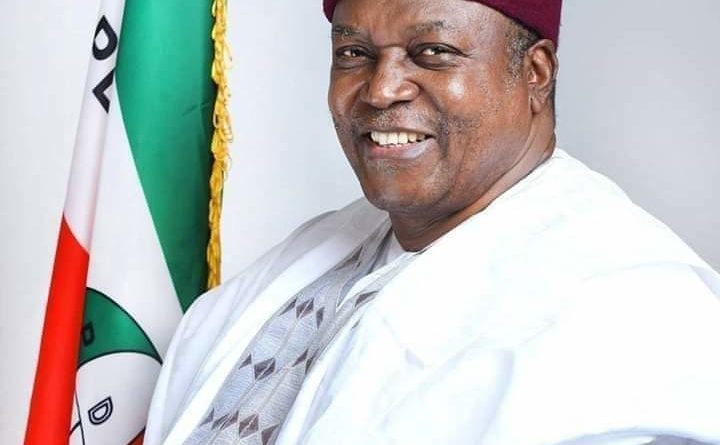 Emmanuel Dungs,  Jalingo
The local Government election conducted in Taraba State, on Wednesday 30th June was characterised  by voter apathy and late start across the state. However the relative peace that was witnessed during and after the elections was the climax of the election. The credit should be given to the Taraba State Independent Electoral Commission (TSIEC), under the chairmanship of Dr. Philip Duwe for organising a free, fair and transparent process. The political parties for sensitising there followers, security agencies for the civil conduct and most especially the electorate who conducted themselves orderly and shunned violence and any sentiments that could distort the process. The roles played by electorates to ensure free, fair and credible polls are significant in the political history of the country especially in contemporary history that it will not go unmentioned.

Often times many youths are used as political thugs for the politicians and they get no reward for their services, rather many lose their lives. Those who are fortunate to survive the exercises have never been useful to the society because they ended up as hoodlums and criminals unleashing terror on innocent people. This is why the path chosen by Taraba state voters is dignified and should be emulated.
Earlier a coalition of Civil Society Organisations under the auspices of Eyes on Democracy of Nigeria (EDON) commended and expressed satisfaction with the electoral umpire for the transparent manner in which they adopted in handling the process.
Alhaji Muktar Madaki, the State EDON Chairman, in a statement on said: “We have been observing the preparations by Taraba State Independent Electoral Commission (TSIEC) and we are so far satisfied with the preparations.”
“It now behoves on the people to come out in large numbers to exercise their franchise as responsible citizens.
“We are also calling on security agencies to be civil during the conduct of the election and operate within the ambit of their engagement in regards to electoral matters.
“We also call of TSIEC to ensure that the election is credible, peaceful, free and fair,” he said.
Also, Governor Darius Ishaku in his pre- election address had admonished trouble makers to eschew violence and called for peace during and after the election.
He stated that no meaningful development can take place in an atmosphere of crisis; hence the need for peace in the state.

Governor Darius and is wife, Anna Dickson Ishaku, who voted at Kurupanti polling unit Gutu ward Takum   their home town, shortly after the exercise,  said the election which was conducted in all the 16 local government areas in the state was free, fair and violent free.
He explained that reports reaching him from across the State indicated that the conduct of the election was peaceful.
“Before coming to my polling unit I have gone to observe other polling units and I can tell you that the process is peaceful and transparent, I have also heard from my deputy who is voting at Gassol LGA and he said everything is going on peaceful and other places have also reported peaceful conduct of the exercise so I can tell you it is all peaceful”
“My deputy (Haruna Manu) has just called and informed me that the election in Taraba central zone went peacefully. And from all indications, the election in northern Taraba equally went peaceful.
“The election in Southern Taraba is also peaceful. Credit goes to the State Independent Electoral Commission for organising a free, fair and peaceful election.”
The Governor stressed that the selection process of the party’s flag bearers was transparent and consensus agreement were reached even at the primaries to avoid crisis.

“I am the Father of democracy I can never allow the imposition of candidates against the will of the people, that is why right at the primaries we decided to go by consensus so as to avoid crisis and the people decided who should represent them”.
The elections were called to elect chairmanship and councillorship, who would pilot the affairs of the 16 local government areas in the state.
Our correspondent reports that 17 political parties participated in the election but only four parties namely The Action Alliance (AA), All Progressives Grand Alliance (APGA) Peoples Democratic Party (PDP) and Social Democratic Party (SDP) fielded candidates in the election.

It was gathered that the main opposition All Progressives Congress (APC) boycotted the election because the date (June 30) slated for the election was too short for the party to do campaign, conduct primaries and field candidates. Eyewitness however gathered that APC, despite boycotting the election, was signatory to the June 30, 2020 date for the election.
Ardo Kola Local government area, where the state PDP Chairman Victor Bala Kona cast his vote recorded low turnout of voters. Although the elections were said to be free, fair and transparent, however, the voters turnout was not impressive. The accreditation of eligible voters did not commence at the same time.
Victor Bala, who spoke to newsmen shortly after voting at Bakin Dutse, polling unit attributed the low turn out of voters to the on going farming activities in the State.
He However, expressed satisfaction that the election was peacefully conducted.
“Taraba is an agrarian State and we are in a rainy season, so most of the people went to the farm instead of the polling units.
“Even those who turned out to cast their ballots did it in a rush and headed to their farms. Even me, I am coming late, and now that I have voted, I am leaving for other places,” he said.
The chairman of the state Muslim Pilgrims Welfare  Board,  Hammanadama Tukur,  who voted at Pantiyali unit in Lamido Borno ward of Ardo kola LGA, also commended the  peaceful conduct of the process.
Tukur who said the exercise witnessed a large turn out of men and women in his ward, noted that the turnout may not be too good compared to what was  witnessed during the general elections but it is better done than not, saying people now have confidence in the electoral process since their votes now counts.
He expressed optimism that the people would vote massively for PDP because of the confidence they have in the present administration in the state. ‘’I am not God,’’ he said ,’’ but I believe due to the good intention of the party, the victory is for the party. At the end of the election, I prayed and believed that the whole of the 16 local governments in the state is going to be for PDP,  Isha Allah.

Our correspondent reports that the election was also very peaceful in Jalingo LGA, the state capital.
Speaking to newsmen shortly after voting the council chairman who is also the PDP flag bearer,  Hon. Abdulraseed Boboji, confirmed that the election was peaceful throughout the local government area.
The permanent Secretary Bureau for local government and Chieftaincy affairs Mallam Bello Yero after casting his vote at Turaki B polling unit said he was satisfied with the conduct of the election.
He said government should not be blamed for the low turnout during what he described as the most important election close to people’s hearts.
He said rather the government should be commended for taking a bold step in providing all the necessary incentives and resources to conduct the election at this critical period of the Covid-19 pandemic.
“If it were another governor, he would have simply use the issue of the corona as an excuse to either extend the tenure of the chairmen and counsellors or set up caretaker committees. But being a true democrat governor Darius decided to allow the will of the people to prevail, despite the Covid-19 challenges.”
Hassan Usman Kona, who expressed satisfaction with the process revealed that non-sensitive materials were given to presiding officers on time and that sensitive materials were taken to various polling units at the right time.
He said that there was no complain of violence, and that the low turn out might be as a result of the non participation of the major opposition party in the state.
He also asked rhetorically that, if the ruling party did not give adequate  publicity to elections, as some people claim, what were the opposition parties in the state who wants to take power from PDP doing?  Why didn’t they vigorously campaign for their candidates and participate in the election”
The state commissioner of Information Bar. Danjuma Adamu, commended the people of the state for conducting themselves in an orderly manner before and during the election.
While commending TSIEC, the security agencies in the state for maintaining peace and order during the election. Adamu also laud the magnanimity of the governor in piloting the affairs of the state and called on the people in the state to exercise patience with the administration as efforts are being intensified to develop the state to greater height.

Meanwhile TSIEC had declared that PDP won all the 16 local government councils.
Declaring the results in Jalingo, Dr Philip Duwe, Chairman of the commission, disclosed that the ruling PDP had won the Councillorship in 168 council wards in the state.
Duwe said that the election was peaceful and was held in compliance with best public hygiene protocols meant to curb the spread of the COVID-19 pandemic.
He commended the people of the state for coming out in good numbers to participate in the election.
Similarly the Speaker of the Taraba State House of Assembly, Dr. Joseph Kunini, has congratulated all candidates of the PDP on their victory at the polls.
Kunini, who spoke in an interview with newsmen, said that the landslide victory enjoyed by the party was a testament that the people were comfortable with the party’s two-decade rule and especially the ‘rescue agenda’ of Gov. Darius Ishaku.
He urged the newly-elected officials to take their mandate seriously and work hard to bring the dividends of democracy to the people.
Also, Sen. Shuaibu Lau, representing Taraba North in the National Assembly, congratulated the PDP for it’s good performance at the elections.
Lau, who is a PDP senator, told newsmen in Jalingo that the party would continue to give sound leadership in the state.
He appealed to the winners to be magnanimous in their victory.
He also urged the losers to accept defeat in good faith and join hands with the winners to build the state 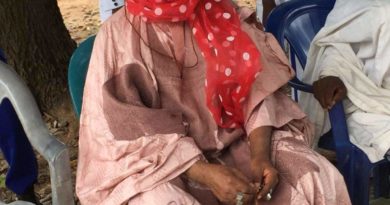 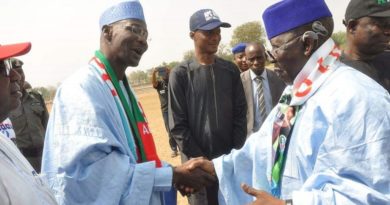 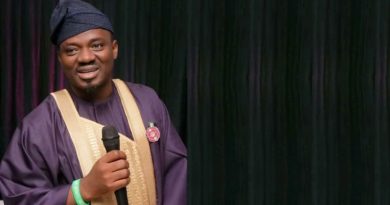 Nasarawa: APGA gets105 votes, as PDP polls 398 to get CAN endorsement